What is energy? Where does it come from? And will it last forever? Phillip Dale, researcher at the University of Luxembourg answers these questions on his personal YouTube channel “Energy Balance”.

The first YouTube Video on Phillip Dale's personal channel “Energy Balance” answers to the questions of what energy is and where it comes from.

Phillip, the first video on your private YouTube channel 'Energy Balance' answers to the questions of what energy is and where it comes from.

Exactly. We use energy in the form of electricity, gas, oil or coal in almost every action of our everyday life: for waking up, cooking our breakfast, going to school or work. It is so omnipresent that we often forget about it. We also have very little feeling for whether a particular action takes a lot of energy or a little amount of energy.

You are a researcher and Professor in the Department of Physics and Materials Science at the University of Luxembourg and working mostly on photovoltaics. How did you come up with the idea of creating a YouTube channel about energy in your spare time?

Shortly after the Paris Climate Conference in December 2015 I became frustrated by the lack of political progress in moving the world towards a sustainable future. In one of our group meetings several of us decided that we have to try to do something to help educate the public and push the politicians. We came up with several ideas including workshops, and a new website to calculate your own personal energy footprint. I gave my first workshop to about 20 students, but forgot to film it. At that point I realized I could potentially reach a bigger audience if I had it on Youtube….BUT would people really watch through a two hour video?

Thus, the idea of small bite sized Youtube videos was born. In addition, several things came together at once, namely my daughters and I were learning to draw better by sitting together and following drawing tutorials on Youtube. Also, I understood that the way I used the internet is now different. If i want to learn something, I now search for videos rather than text articles. Youtube is now the second biggest search engine in the world. Finally, I saw a style of video, which I thought would be engaging, and yet achievable.

What was or is your motivation?

As the father of two children I would like them to live in an environmentally safe and energy secure world. Since I am an expert on energy, I wanted to share what I know with everyone. If I can help people understand the upcoming problems, and show people real data in an understandable way, so that they can make informed decisions about their future, I think that’s beneficial for everyone.

Who helped you to realize the videos?

Well, the story line I did myself, with some inputs from colleagues, friends and family. My niece Rose, very kindly agreed to voice the other character. She is really good, and she helped design some of the artwork. My colleagues and family have done the subtitles. One of the advantages of living in Luxembourg is that you can find native speakers of every language.

Do you plan to create more videos about energy? What will be the topics and when can we expect them?

Very ambitiously, at the beginning I drew up a plan for 30-40 videos, figuring that I could produce at least one a month…..two years later I realize, that they are a lot more effort than I first thought, and since I make them in my spare time it takes forever. So I have cut back my plans, and now hope to produce about seven videos in total. Now my plan is to show the origin of fossil fuels, a simple calculation to estimate how long they might last for, and then discuss ways to reduce our energy consumption as well as how renewable technologies such as wind turbines and solar cells work.

Something else you want to say?

Any suggestions or comments are welcome. Please spread the word to anyone who might find the videos useful. If anyone would like more information on these topics I am always happy to try and help. I would also like to thank my family and Alfredo, Max, Michele, and Susanne for their support.

Thank you Phillip, and best of luck with this important 'side job'!

In 2008, British national Phillip Dale arrived in Luxembourg as the first ever FNR ATTRACT Fellow, setting up his energy materials (physics.uni.lu) group at the University of Luxembourg. He started out as a chemistry student, and then learned about semiconductors and electrochemistry during his Postdoc in Bath. Since moving to Luxembourg, he moved more towards physics. In his spare time, besides making movies, he loves riding his bike, cooking, reading, gardening, drawing and spending time with his family. 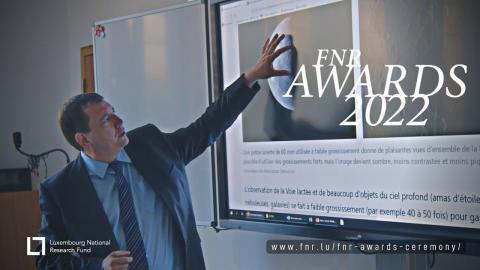 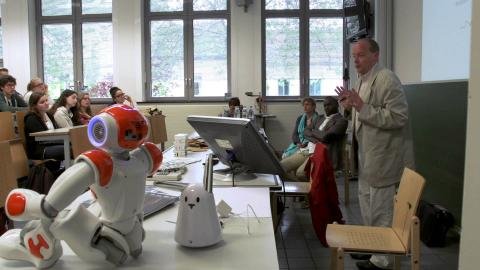 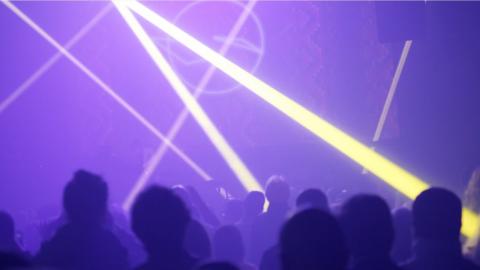 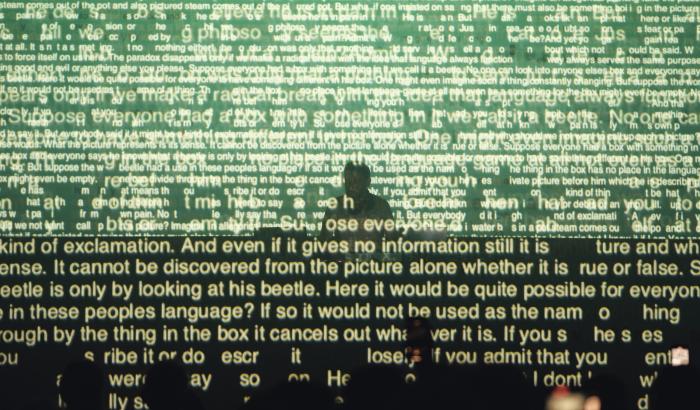 The final show of the the sound of data project! The local and international artists, Valery Vermeulen and Max Cooper created an immersive show that excited not only fans of electronic music