In this episode of "My research in 90 seconds", Edyta M. Niemczyk explains how her research team (LIST) uses Interpenetrating Polymer Networks to create advanced coatings for new materials.

Explaining its research in less than 90 seconds: 8 young researchers from Luxembourg took up the challenge in the 2nd edition of the video series "My research in 90 seconds". In this episode, Edyta M. Niemczyk explains how her research team, at the Luxembourg Institute of Science and Technology (LIST), uses Interpenetrating Polymer Networks (IPNs) to create advanced coatings for new materials! More about this in the video - and further details in her article.

The video and the accompanying article were produced as part of a “Science Communication Course” for PhD students at the University of Luxembourg.

Coatings for advanced technologies require strengthened materials with high thermal performance, increased mechanical properties and extraordinary surface assets. Today’s scientists do not only face restrictions regarding material availability, they also have to deal with the preparation of the material they need. The preparation methods should further be feasible at different scales and allow high throughput processing.
The main challenge, when producing advanced coatings, is to achieve a high combination of required properties and this on a very thin layer. The thin layer is important for the mechanical resistance most applications demand. Moreover, increasing environmental awareness in society is pushing for the replacement of conventional fossil-based polymers by bio-based and sustainable alternatives.
All these requirements meet at the Luxembourg Institute of Science and Technology (LIST), where bio-based coatings are under investigation. The idea is it to produce these bio-based coatings based on the Interpenetrating Polymer Network preparation technique.

What is the Interpenetrating Polymer Network (IPN) technique?

An Interpenetrating Polymer Network comprises two or more interlaced, but not connected polymer networks. The advantage of Interpenetrating Polymer Networks over the convectional coatings lies in the possibility of tailoring the final material properties by choosing polymers, which may strongly differ in their properties. In our study, we observed that the two different polymer chains we used mutually reinforced themselves, resulting in a level of resistance that could not have been achieved would we only have used one of the polymers. Interestingly, bulk properties of the coatings with IPN structure do not depend on their thickness. Additionally, standard preparation methods of Interpenetrating Polymer Networks do not use any solvents. Since solvents are known to have negative impacts on the environment, the IPN method can be seen as an environmentally friendly method.

What are the limitations of Interpenetrating Polymer Network preparation?

The biggest challenge when performing IPN is to avoid any reaction between the components during their preparation. Indeed, two very different processing methods are applied to prepare the IPN. Each method is characterized by a different polymerisation mechanism.  In our study, the first polymerization mechanism is a free radical polymerization of vinyl monomers. The second polymerisation consists in a thermal curing of a second monomer.
Radical polymerization using UV light is currently a very common approach. However, the drawback of UV light is the need of an initiator for triggering the polymerization. This trigger often remains within the coating and can be released later on, being potentially harmful for human health and the environment.

What is innovative about our project?

What is innovative about our study project is the use of plasma as a polymerisation trigger. A review of the literature revealed a big gap in polymerization trigger research and we think that plasma technology can fill this gap.
Plasma is known as the fourth state of matter (after solid, liquid and gas). It consists of charged particles but is neutral in its overall phase. In our research, those charged particles collide with the vinyl monomers, triggering their polymerisation. This reaction does not affect the thermoset precursor. Therefore, while the first network is created, the second component can swell inside it. In a second step, a thermal treatment triggers the second polymerisation mechanism creating a new network that interlaces the existent one, resulting in an Interpenetrating Polymer Network. 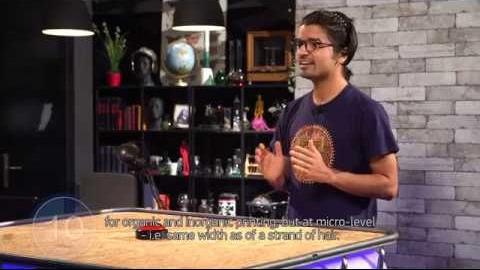 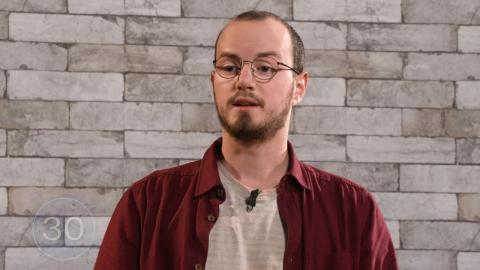 My research in 90 seconds B cells and cancer: what are the roles of metabolism and ROS? 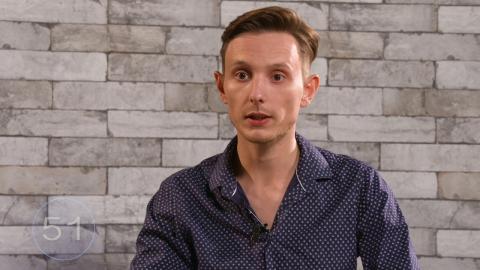